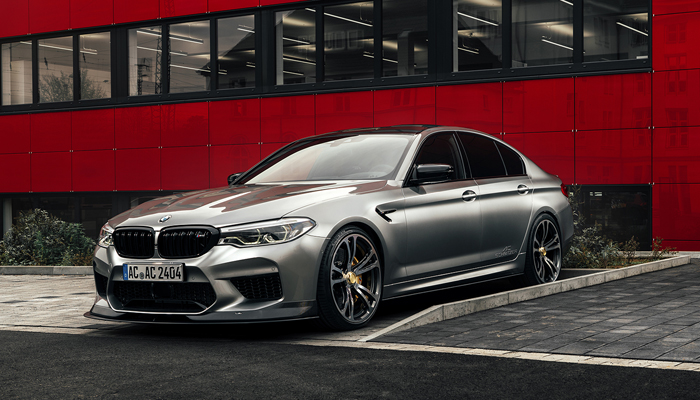 On the way to the perfectly tuned M5 from AC Schnitzer’s point of view, we have already broken two records with our version and thanks to the support of the globally successful touring car pilot, Jörg Müller: The M5 by AC Schnitzer is with 1:31.71 min. the fastest sedan on the Sachsenring and also on the Nürburgring Nordschleife the time driven of 7:29.50 min. is the fastest ever achieved with an M5.

Of course we are happy about the success but above all we have used the knowledge from these race track applications to further perfect our developments for the BMW M5. Now we are finished and present the coherent overall concept of the M5 by AC Schnitzer. 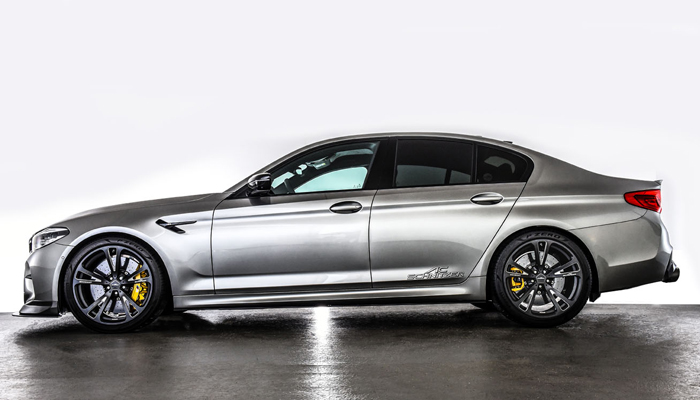 The lightweight aerodynamics, which have been consistently developed to increase downforce, have already proven their effectiveness during the record runs. The range consists of carbon front spoiler elements, which can optionally be supplemented with a front splitter in two different versions. The side skirts make the car look more stretched and also visually connect the front and rear sections.
At the rear a rear roof spoiler, a rear spoiler or alternatively the carbon “Racing” rear wing and the carbon rear diffuser provide aerodynamic downforce. We offer the carbon rear diffuser in our export markets as a variant with integrated brake light. 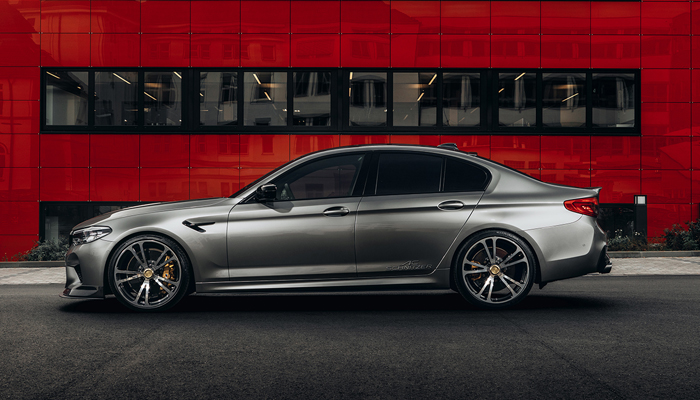 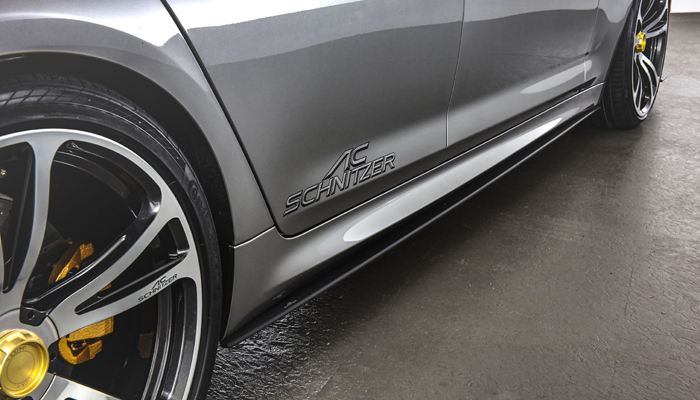 The KW coilover suspension “V4” was developed in close cooperation with the AC Schnitzer suspension team. The suspension offered by KW, which is adjustable in compression and rebound as well as infinitely variable height adjustment, ensures a noticeable increase in driving dynamics and cornering handling.

The AC Schnitzer spring kit is also available for lowering the vehicle’s centre of gravity. This lowers the M5 on the front axle by approx. 20 – 25 mm and on the rear axle by 10 – 15 mm, which makes an emotional and varied driving experience possible. 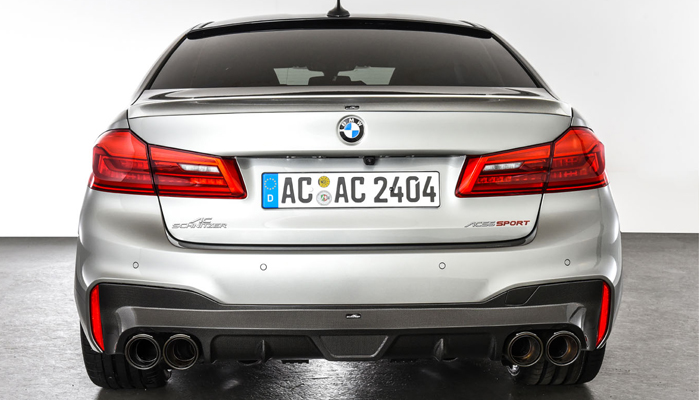 In the AC Schnitzer version, the M5 delivers 700 HP and 850 Nm, instead of the standard 600 HP and 750 Nm. The M5 Competition will also soon have a performance upgrade, with targets similar to those of the M5. Both performance upgrades have a parts certificate and are therefore registrable. And, of course, both also include the AC Schnitzer mandatory 5-year assembly guarantee in their scope of delivery.

To improve the exhaust situation and the sound, various expansion stages of the AC Schnitzer silencers, including flap control, have been developed. First a homologated version and a second, a non-homologated version is available. The latter can be extended with a sound tube. All exhausts are equipped with two AC Schnitzer exhaust tailpipes each side in a right/left combination. There is a choice of three versions: “Carbon Sport”, black or chromed.